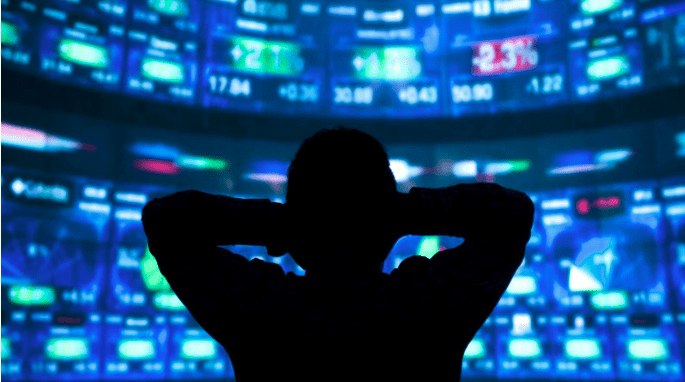 It was a dramatic round trip for markets from July through September. Stocks and bonds started with a solid rebound as resilient corporate earnings, stable jobs data, and a declining headline U.S. inflation between June and July fueled a strong rally. In July, the S&P 500 posted its largest monthly return since November 2020. Stocks continued trending higher through the beginning of August, pushing the market to nearly four-month highs.

But ultimately, the rally fizzled as the Fed reminded investors that they were in control. Fed Chairman Powell’s stern address in Jackson Hole dismissed the idea of a looming Fed pivot to less-aggressive policy, dashing hopes that the rate hike cycle would end sooner than anticipated.

A hotter-than-expected US CPI report for August (released in mid-September) forced the Fed to reset interest rate expectations higher once again. In their September meeting, they introduced the potential for an additional 125 bps (1.25%) in 2022, putting the fed funds rate at 4.4% for the end of the year. The S&P 500 fell nearly 17% from its quarterly high, and stocks and bonds finished the quarter near the lows for the year.

The “don’t fight the Fed” advice has certainly held true this year. Unless the Fed pivots, slows, or pauses its projected moves, markets should continue to be volatile and possibly subject to lower levels.

The U.S. economy is more likely to decelerate rather than collapse, as most measures of U.S. economic growth are solid. U.S. corporate earnings estimates have stayed mainly elevated, and widespread earnings declines feared at the beginning of the year have yet to materialize.

Forward expectations for corporate profits have been revised lower this year but remain higher than historical late-cycle and recession averages. We are watching company earnings for signs of stress as Fed rate hikes impact the real economy with a lag.

Many of the current economic weakness has been priced into the markets. The price-to-earnings ratios for all major categories of global equities—the U.S., international developed, and emerging markets—are now below their long term averages.

While the major US indices have declined 20-30% from their all-time highs, growth and technology stocks trade at even steeper discounts, with many companies down 65-90% from their highs. Unlike other corrections of similar or lesser magnitude (Dot com bubble, Global Financial Crisis), fundamentals for our preferred secular growth stocks have remained strong in aggregate, with many companies showing positive earnings revisions since last year’s peak. High-growth stocks peaked before the major indices, and investors may turn to companies with above-average growth rates, given their potential to outpace the slow-growing macro environment.

Lastly, for the first time in a long time, yields finally look attractive on fixed income securities. While the Fed appears likely to continue hiking rates through the end of the year, increased recession risks should limit further increases in long-term Treasury yields. With much higher yields, high-quality fixed income can now provide a buffer for a portfolio in an economic downturn.

Bear markets can be painful, but it’s essential to remember that the further the market falls, the safer it gets. The average bear market typically lasts around 10 months; on average, the market declines approximately 30-40%. The median bear market lasts 12 months with declines of 29%. To put today’s market in perspective, we have been in a bear market for most of the year, and the S&P 500 is down just shy of 24%.

Extended bouts of volatility like we’ve experienced this year are why we structure portfolios according to our SLG™ (Spend, Live, Give) ™ approach. This gives you current liquidity to spend for the next several years, which means you don’t have to react out of fear. Your Spending assets offer your Living and Giving strategies the time needed to recover, allowing you to participate in the future returns on the other side of this tumultuous 2022.

The Fed, Inflation & the Labor Market

The uncertainty surrounding the end of the current hiking cycle leaves the Fed in the driver’s seat. Investors continue to live and die by data releases, particularly those related to inflation and the labor market.

Headline CPI has likely peaked. It continues to decelerate from the high of 9.1% in June, and a constellation of leading indicators (commodities, freight rates, home prices, building retail inventories, used car prices) all point to softer headline inflation.

In contrast, Core CPI—the measurement of inflation the Fed tracks more closely that strips out volatile food/energy prices—has yet to show sustainable signs of slowing.

The primary culprit for the persistence in Core CPI is housing. Owners’ equivalent rent of residences (OER), which makes up about 40% of Core CPI, has proven sticky in the last several reports. Since OER is such a large part of Core CPI, we are unlikely to see Core CPI decelerate until OER peaks and declines.

Reported CPI numbers tend to delay the impact of increasing/decreasing housing costs. The current reported growth rate in OER is in bubble territory, having risen to multi-decade highs. When looking at figures derived from current real-world prices (Redfin, Zillow, and Apartment List), however, one can see that rents are showing signs of significant slowing.

Additionally, OER has historically lagged home prices by 12-18 months. Home price appreciation peaked in June 2021 and continues to move lower. Median home prices fell .98% in August from a month earlier, following a 1.05% drop in July. These are the most significant monthly declines since the housing crisis in January 2009.

While it is understandable that the Fed does not want to risk underestimating the magnitude and duration of the “stickier” components of inflation (shelter costs being one), the Fed’s forward-looking inflation models have proven woefully inaccurate. They misread the lagged housing inflation indicators on the way up, and it seems the reported CPI data has now caught up to the reality of 6-9 months ago.

Powell does not want to be known as the Fed leader who squandered decades of hard-earned inflation-fighting credibility. But if the Fed continues to base policy decisions on numbers that don’t seem to reflect what is going on today, the chances of overtightening and sending the economy into a recession increase dramatically.

Labor markets in the U.S. remain tight, with job openings near record levels and unemployment near multi-decade lows. This, along with a low labor-force participation rate and aging demographic trends, placed pressure on employers to raise wages.

But like some leading inflation indicators, there are signs that the labor market is cooling. Job openings fell from 1.1 million in August to 10.1 million, the fastest-ever one-month decline (ex-pandemic). This is the first official indicator pointing to an apparent softening in the labor market. This is what Powell and the Fed are looking for—fewer job openings, but not necessarily in a way that spells recession.

A tenet of the “soft landing” thesis is that unemployment won’t need to rise as much as job vacancies fall. The job openings rate has fallen 1.1% since peaking in March, and during this period, the unemployment rate has only increased by .1%. If this trend continues over the next few months, the Fed will know that its aggressive hiking campaign has brought the labor market back to normal levels and could signal less restrictive policy moving forward.

This material is proprietary and may not be reproduced, transferred, modified, or distributed in any form without prior written permission from INTERCHANGE CAPITAL PARTNERS. INTERCHANGE CAPITAL PARTNERS reserves the right, at any time and without notice, to amend, or cease publication of the information contained herein. Certain of the information contained herein has been obtained from third-party sources and has not been independently verified. It is made available on an “as is” basis without warranty. Any recommendations, projections, market outlooks, or estimates are based upon certain assumptions and should not be construed as indicative of actual events that will occur.