Tales from two sons whose fathers died without a succession plan 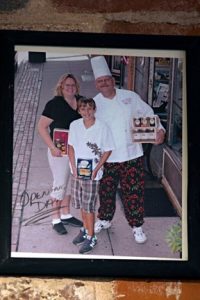 Ivo Puidak with his wife, Shelly, and son, Max, at the opening of Galena Canning in 2003 in Galena, Ill.  Credit…Alex T. Paschal/Saulk Valley Media

Ivo Puidak, who cooked for Presidents Jimmy Carter and Ronald Reagan as the head chef at the Federal Reserve Bank in Chicago, built the Galena Canning Company into a thriving specialty food business, selling premium barbecue sauces, salsas, and seasonings around the country.

But Mr. Puidak, who based his business in Galena, Ill., a resort town about 160 miles west of Chicago, never put a succession plan in place, not even after he learned he had cancer in 2017 and was given only a few months to live. Neither his wife, Shelly, nor their only child, Max, wanted to take over the business, so the family decided to sell. The sale was set to close on March 30, 2020. But two weeks before it could go through, Mr. Puidak died.

At the same time, the pandemic brought shutdown orders in Illinois, and the company’s sales plummeted 90 percent in April. The buyer’s financing fell through, and the deal, which had been 13 days from closing, was postponed indefinitely.

By September, Ms. Puidak, who was retired and had never worked in the business, was ready to liquidate the company. “When things went downhill, they went down quickly,” said Max Puidak, who was working in New York at a start-up when his father died.

While a succession plan would not have prevented the rapid decline of the business — there’s no way to anticipate a pandemic — it could have offered a road map on how to keep the business going.

“Part of the problem was my dad hadn’t been willing to let go,” Max Puidak said. “He made an amazing product, but he didn’t understand many parts of the business.” Like many entrepreneurs, he knew how to create a product that people liked, but he was not as well versed in the details of the business.

Financial advisers worth their fees will always discuss the need for succession plans with clients who own businesses. But that doesn’t mean business owners will listen.

“We can tell them they should do something for 1,000 years, but business owners hate to be told what to do,” said Brian Baum, managing director at Interchange Capital Partners in Pittsburgh. “Last week, I had five or six people say they weren’t interested in exit planning that covers different contingencies. People just don’t want to do it.”

In Galena Canning’s case, there is a happy ending. But that ending offers lessons for other business owners.

Mr. Puidak, 27, said that immediately after his father’s death, he was trying to do his day job and keep the sale moving — all from Florida, where he had gone to be with his mother. But when it became clear that his mother would have to liquidate the business, he decided to move to Galena to run the company.

Despite working in his father’s business every summer until his junior year of college, Mr. Puidak said, he quickly realized that he knew less about the business than he had thought. On the positive side, he noticed there were easy fixes that could quickly improve the company’s outlook.

“Prior to coming back, the only thing I understood were the financial statements and what I learned from talking to the guys on the ground and using what my mom knows.” he said. Once he was back in Galena, he began to update the company’s e-commerce platform and distribution system, which were both 10 years old.

And as he got involved in the work, he realized that running his father’s business was an interesting opportunity. “Initially, I was going to get back, clean up the financial statements, take care of the website, grow the business a bit and get it back on the market for sale so I could go back to my life in New York,” he said. “But after talking to some people, I realized it’s a very unique opportunity to have a cash-flow-positive business to run. So then, staying humble and not moving too quickly was key.” 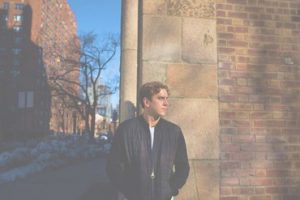 Max Puidak returned to Galena to take over his father’s business. Moving back, he said, has “been a pretty wild adjustment from living in New York City.” Credit…Nancy Borowick for The New York Times

Mr. Baum said that was the right attitude. “In a perfect world, as tough as it is, you need to slow down,” he said. “You don’t know if the same people Dad used are the right group. You don’t know what the intracompany dynamics are. You need to shore up the foundation, plug all the holes, then you need to take two months to understand what is there before you keep it or sell it.”

Besides a succession plan, a type of life insurance policy on a person crucial to a business — what’s known as key person insurance — can provide a lifeline to the business.

John Bongiovanni, who has been president of Bon Tools since his father, Carl, died of a heart attack in 2017, said he had also dealt with a lack of a succession plan. But what made the initial transition especially difficult, he said, was the lack of insurance, which would have given him some breathing room to sort through the company’s finances and tend to its 70-plus employees.

“The toughest thing at first was to circle the wagons and figure out what was what,” he said. Key person insurance would have also relieved him of some of the pressure he feels to buy other parts of the business, like its real estate, from his mother and to begin to compensate his two sisters, who are not part of the business.

While he had worked at the company since he was young, Mr. Bongiovanni said, he had little idea what a transition might look like when his father, a fit, trim 59-year-old, died.

“My father and I would talk about business, but it was the exciting parts, not the down and dirty,” Mr. Bongiovanni said. “It was, ‘Oh, did you see that piece of business?’ I’m not sure we would have laid everything out, but I could have had his wishes.”

In these kinds of situations, said Erica Bramer, managing partner at the BVA Group, a litigation, valuation, and financial advisory firm, the two main things to avoid are confusion over who is in charge and who knows what.

Mr. Baum at Interchange Capital Partners said he counseled clients who suddenly had to take control of a company to think in terms of damage control.

“It’s an emotional time, but there are a couple of things you have to lock down,” he said. “The first one is to get your key executives in a room, tell them their job is safe and that if they help us get through this, in six months there’s an incentive bonus for them to stay.”

That creates stability for the company and its employees but also for the banks that have made loans that the now-deceased owner personally guaranteed.

Succession planning avoids the issue, but doing that comes back to people’s reluctance to contemplate their own mortality. Reframing the conversation may be one way to make headway with planning.

“The conversations aren’t about business succession but about how are we going to adapt and be ready for something else,” said Neil Shapiro, managing director and senior adviser in the family office group at TAG Associates, a firm that advises wealthy families. “It’s about continuity.”

Mr. Shapiro, who works with many private equity fund managers, said steering the conversation toward continuing the business got more business owners interested in talking about a plan.

Mr. Bongiovanni said the only continuity plan he had when his father died was tied to the employees who had worked at the company since he was a child. “We had a good group of managers who prodded me along,” he said. “But so often I wondered, ‘Is this what my dad would want?’”

Likewise, Mr. Puidak turned to long-serving employees at his father’s company. But, he said, the hardest part for him was that he never expected he would have to step in and run his father’s business.

“I’m just working, or I’m alone,” said Mr. Puidak, who moved from Manhattan to Galena, population 3,249, in September. “That’s been a pretty wild adjustment from living in New York City, where you can socialize every day of the week, and it’s normal. It’s been a wild personal adjustment.”

It might not have been easier with a plan, but at least he would have had a sense of what he needed to do.

Paul Sullivan is the Wealth Matters columnist. He is also the author of The Thin Green Line: The Money Secrets of the Super Wealthy and Clutch: Why Some People Excel Under Pressure and Others Don’t.  @sullivanpaul

A version of this article appears in print on Feb. 13, 2021, Section B, Page 6 of the New York edition with the headline: A Critical Step Many Company Owners Skip.